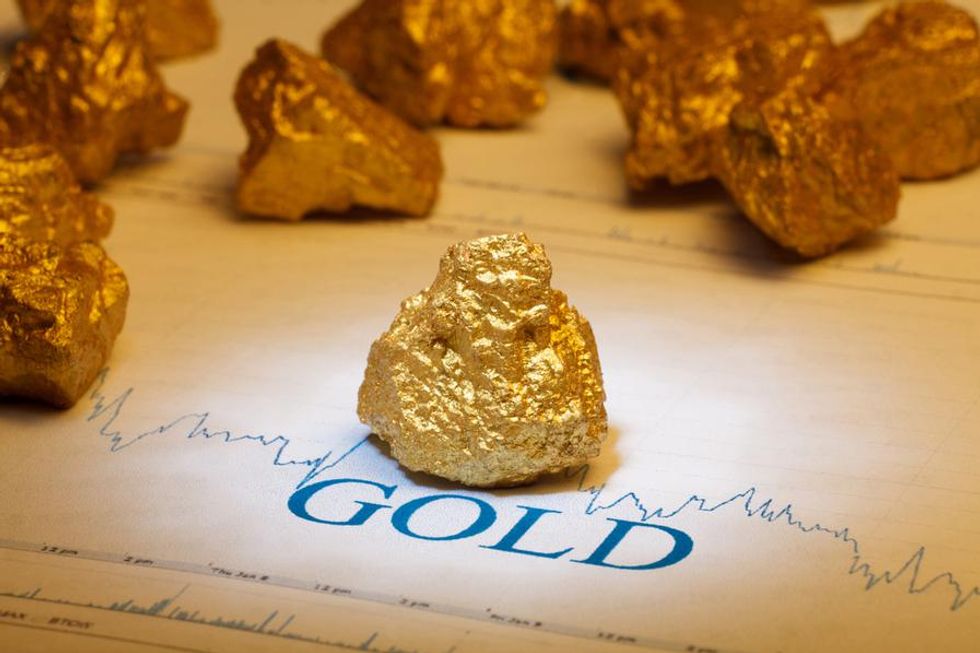 The S&P/TSX Venture Composite Index (INDEXTSI:JX) was on the rise last Friday (May 20) morning following another volatile week that sent the junior index as low as 690.

Edging just above 700 after the morning bell on Friday, markets across North America found solace after China moved to support its economy with a cut to a key lending benchmark.

On the commodities side, values for West Texas Intermediate crude oil topped US$114 a barrel last Monday (May 16), while Brent crude touched US$115. Both types had consolidated mildly by Friday to hold in the US$112 range.

Gold spent the third week of May trending higher after slipping to a three month low of US$1,809.50 per ounce on May 13. By last Friday, the yellow metal was trading for US$1,834.

Improving investor sentiment helped the TSXV and other markets move into the green by the end of the week, despite concerns that a recession could still be around the corner.

“Even though modest, the deceleration in price pressures (in April) will come as a welcome development to policymakers,” Thomas Feltmate, senior economist at TD Economics, said in an FocusEconomics update.

Feltmate went on to highlight the precarious position that the US Federal Reserve is in as it tries to stimulate the economy while reining in inflation. “The (Federal Open Market Committee) has its work cut out … over the remainder of the year, as they quickly move to swing the monetary pendulum from accommodative to outright restrictive in an effort to guide inflation back to target without causing a recession,” he said.

The five TSXV-listed mining stocks that saw the biggest rises last week are as follows:

Here’s a look at those companies and the factors that moved their share prices last week.

Gold explorer Tombill Mines owns four claims groups, three of which are situated in the Geraldton gold district of North-Central Ontario. Tombill did not release any news last week; its last announcement was at the end of March, when it commenced a Phase IIa drilling program at the Geraldton camp.

Scorpio did not make any public announcements last week. Company shares made a 70.24 percent gain, ending the five day period at C$0.08.

Last Wednesday (May 18), Royal Fox shared results from 12 drill holes completed as part of a 2022 campaign at Philibert. They tested the Red Fox zone over a 650 meter strike length and up to 400 meters vertical depth.

“The results announced today include meaningful grades and widths intersected at the Red Fox Zone at surface and at depth which continue to demonstrate continuity of the mineralization system along strike and down dip,” Simon Marcotte, president and CEO of Royal Fox, said in a statement.

He continued, “93 holes from the 2022 campaign remain pending and, as we continue to receive results, special attention is paid to the continuity of the mineralisation which matters even more than grade for a deposit of this nature.” By Friday, shares of Royal Fox were up 62.62 percent, trading for C$0.06.

Cordoba Minerals is a diversified company focused on the exploration, development and acquisition of copper and gold projects. Cordoba is presently developing its San Matias copper-gold-silver project in Colombia.

The last news the company released was at the end of April, when it confirmed a short-term loan of US$6 million from Ivanhoe Electric. Last week, shares of Cordoba added 47 percent to hold in the C$0.55 range.

Focused on oil and gas development in Latin America through acquisitions, New Stratus Energy is targeting a production rate of over 50,000 barrels of oil equivalent per day within a three to five year timeframe.

Data for 5 Top Weekly TSXV Performers articles is retrieved each Friday at 10:30 a.m. EST using TradingView’s stock screener. Only companies with market capitalizations greater than C$10 million prior to the week’s gains are included. Companies within the non-energy minerals and energy minerals are considered.

Securities Disclosure: I, Georgia Williams, hold no direct investment interest in any company mentioned in this article.

From Your Site Articles

Related Articles Around the Web