If you follow celebrity news, then you were probably glued to the Amber Heard / Johnny Depp court case. The case was trending. Court news coverage got higher ratings than anytime in the recent past. People had many opinions about all aspects. The case was about mental health, domestic violence, and defamation. However, when it comes right down to the final judgment, the court case was about money. Johnny Depp essentially won the case in June 2022. What does that mean for Amber Heard Net Worth?

Who Is Amber Heard?

Amber Heard is an actress, and of course, the ex-wife of actor Johnny Depp. According to IMDB, she was born in April 1986 in Texas. She dropped out of school as a teenager, moving to New York in an attempt to start a modeling career. She subsequently moved to Los Angeles where she began her acting career. 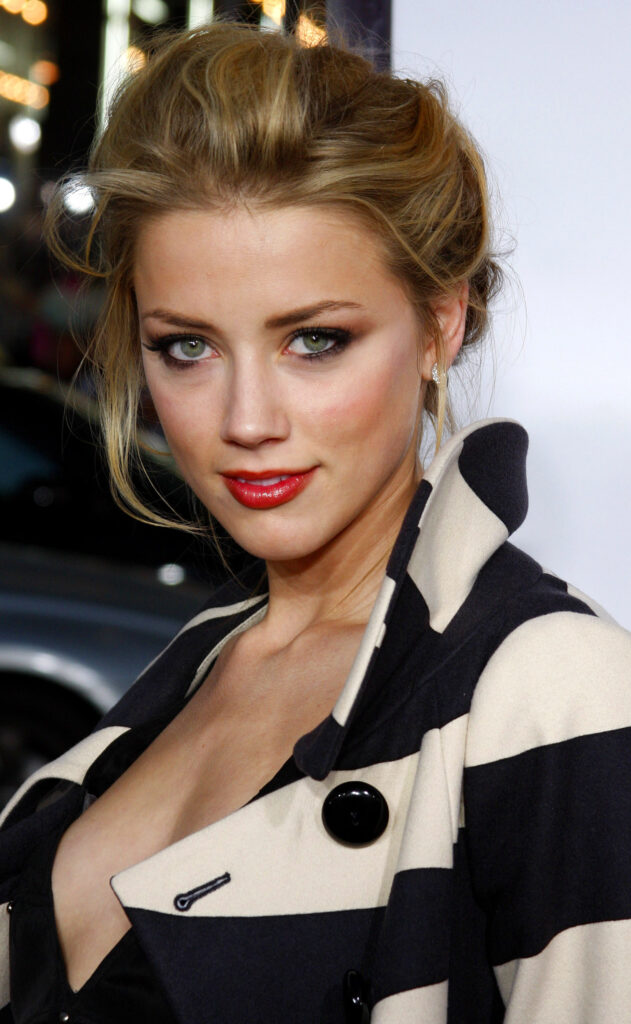 Most of the Amber Heard net worth comes from her work as an actress. Beginning in 2004, she started having small roles in both TV and films. Early credits include appearances on the television shows “Jack and Bobby,” “The Mountain,” “The OC,” and “Criminal Minds.” At the same time, she had appearances in films like “Friday Night Lights,” “Drop Dead Sexy,” and “Spin.”

Her first recurring television role was as Greta Matthews in the show “Hidden Palms” in 2007. She continued to appear in many small and big screen roles over the ensuing years. Her next recurring TV role was as Maureen in “The Playboy Club” in 2011. That same year she hit her stride with her first major role in 2008’s “Pineapple Express.” The following year, she was in “Zombieland” and “The Stepfather.” 2009 was also the year she started filming 2011’s “The Rum Diary,” which is where she met Johnny Depp. As Vox.com explains, she had started “playing the love interest of A-listers.”

In 2015, she was in “The Adderall Diaries” and “Magic Mike XXL.” In 2017, she began to play the lead role of Mera in the “Aquaman” franchise. This franchise includes “Justice League,” “Aquaman,” “Zack Snyder’s Justice League,” and “Aquaman and the Lost Kingdom,” which is currently in post-production and is due out in 2023. As you can tell, the role of Mera has contributed significantly to Amber Heard’s net worth.

What Is Amber Heard’s Income?

Celebrity Net Worth reported that prior to the defamation trial with Johnny Depp, which will dig into shortly, Amber Heard’s net worth was about $2.5 million. They attributed it to her acting career, with some of the numbers as follows: 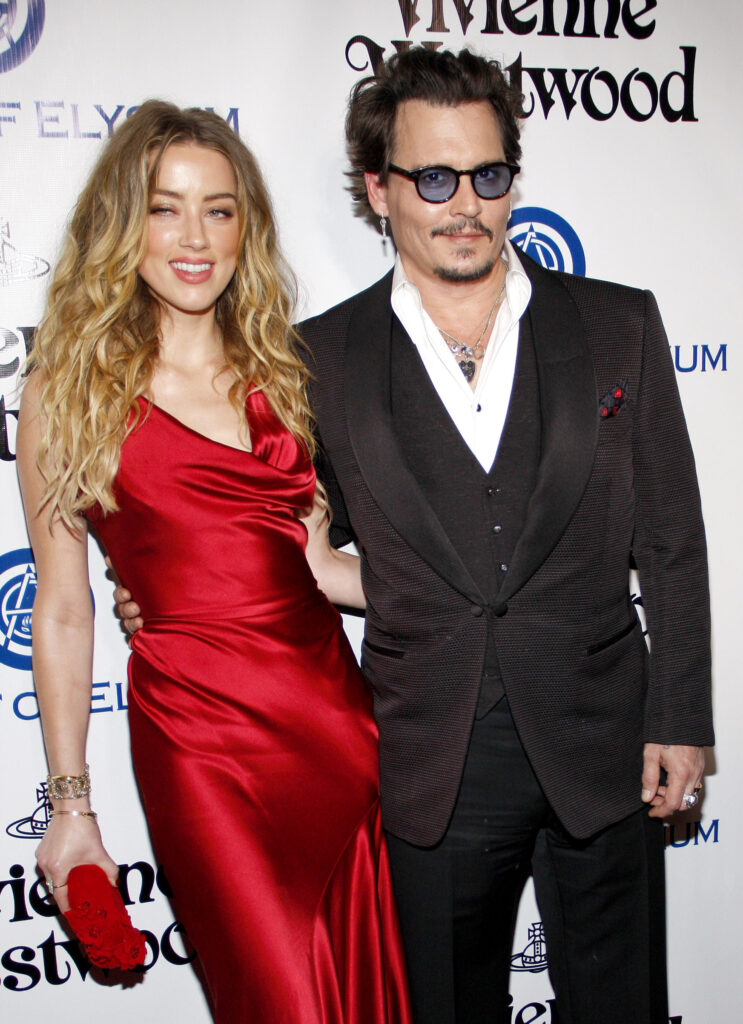 Amber Heard and Johnny Depp at the Art Of Elysium’s 9th Annual Heaven Gala held at the 3LABS in Culver City, USA on January 9, 2016.

Vox.com explains that Amber Heard met Johnny Depp in 2009 on the set of “The Rum Diary.” They were both dating other people at the time. However, three years later, they were both out of those other relationships, and they had begun to date one another. They were married in 2015. One year later, Amber Heard filed for divorce. A few days after filing, she filed for a restraining order against Johnny Depp.

That started the ball rolling towards the recent trial. She alleged domestic violence, and Depp’s lawyer immediately issued a statement accusing her of lying in order to set herself up for a good financial divorce settlement. In August 2016, the two settled their divorce out of court. Reportedly, Heard received $7 million from the divorce, which she stated at the time she planned to donate to charity. Vox.com reports that she said she’d give half of it the ACLU, and that the ACLU confirms that she did donate, but only $1.3 million, which is less about half of what she’d said she would give.

In 2018, in the way of the #MeToo movement, Amber Heard was named an ACLU ambassador for women’s rights. In that role, she wrote an op-ed for The Washington Post about her experience with sexual violence. She didn’t specifically name Depp as her abuser, but it appeared to be implied. In March 2019, Depp sued her for $50 million for defamation because of that article. Essentially, he said that she new that she was lying about domestic violence when she published her 2018 article, and that she lied with malicious intent.

Note: there have been two similar lawsuits in which Depp sought damaged for defamation. This US case against Heard is the second one. The first one, in 2020, was a UK lawsuit against The Sun for publishing the domestic abuse claims. Heard testified for The Sun and Depp lost the UK case.

Things don’t end there, however. In January 2021, Amber Heard filed her own lawsuit, seeking $100 million from Johnny Depp. This, too, was a defamation lawsuit. She said that Depp, through his lawyers, alleged domestic violence by her that he knew wasn’t true. The trial that finally concluded in June 2022 covered both Depp’s lawsuit against Amber Heard and her countersuit against him.

How Does Trial Judgment Affect Amber Heard Net Worth?

Vox.com explains that as of June 1, 2022, Johnny Depp won $15 million in damages from his trial against Amber Heard. It’s a little bit more complicated than that, however. Of that $15 million, he won $5 million in punitive damages. However, the state of Virginia caps punitive damages at $350,000. Therefore, even though he won $5 million, he’s actually only able to collect $350,000. However, the other $10 million of compensatory damages isn’t capped. So, in total, he’s able to collect $10.35 million from the lawsuit. So, he receives about 1/5 of what the $50 million he initially sued for.

Amber Heard asked for $100 million. The jury didn’t find her arguments nearly as compelling as they found Depp’s. They only awarded her $2 million in damages, for one instance in which Depp defamed her through his attorney. So, as far as the lawsuit goes, she effectively comes out at a little more than $8 million lost. That’s essentially how the trial judgment will affect Amber Heard’s net worth.

What Is Amber Heard’s Net Worth?

Celebrity Net Worth reports that prior to the trial, Amber Heard’s net worth was approximately $2.5 million. As a result, with the current judgment against her, they now put the 2022 Amber Heard net worth at NEGATIVE $6 million. However, they note that there are some factors that might alter this, not the least of which could be a reduction in damages if the case goes to appeals. Her homeowner’s insurance might cover some of her costs, but this is unclear. If she isn’t able to pay the money owed, and the damages aren’t dismissed, she might consider bankruptcy, although that outcome is unclear at this time.

The post Amber Heard Net Worth appeared first on Plunged in Debt.