Is Nio the new Tesla? Buy or don’t buy?

This is not something you would expect to read here in ASSI.

AK is known for investing for income.

Hey, AK put some money in Chinese tech and even Bitcoin recently.

OK, ok, it is true that my exposure to Chinese tech and Bitcoin is tiny relative to the size of my portfolio.

Anyway, I have been looking at Nio recently after reading news of its pending secondary listing in Singapore earlier this month.

I know a little bit about EVs and their production now.

I also know that Nio has a horrible balance sheet.

It looks like a terrible business to invest in.

However, that’s what Tesla was doing in its infancy, burning cash.

Tesla was burning cash and on the verge of bankruptcy when trying to get the Model 3 right.

From what I now know, Tesla struggled for years before turning profitable.

Although I have done some research, I am sure I have only scratched the surface.

This is very similar to how much or, more accurately, how little I know about Chinese tech and Bitcoin.

Not knowing a lot but enough knowledge to get me to put some money to work.

There are so many things which I have found out.

However, two points stick out for me:

1. Nio is still burning cash but we have Tesla’s experience to quite possibly show Nio the way to the future.

2. The Chinese government also seems to have put its weight behind their EV companies which is very OP (which means “overpowered” in gaming lingo) and Tesla did not have this.

Although putting money in Nio now is probably more speculation than investment, these two points gave me a nudge.

Do not underestimate the will and ability of the Chinese government.

This is something I have heard often enough.

Going by the the global narrative, EVs will most likely continue to replace ICE vehicles too.

It is obvious for some time now that EVs are going to be a big part of our future but AK is myopic and could not see it until recently.

Still, even myopic AK can see why some call Nio the Tesla of China because they make very beautiful cars.

Nio isn’t a copy of Tesla.

Nio strikes me as being very innovative.

Battery swapping also takes less than 5 mins while getting an EV fully charged could take an hour or more.

It is such a simple idea but also absolutely mind blowing.

Will Nio succeed as a business?

My bowling ball put on its crystal ball costume and told me that Nio would most likely succeed.

Nio has been ramping up production and deliveries.

It might still be early days but it is probably a matter of time before Nio turns profitable.

In the meantime, they just have to continue to ramp up production and deliveries while narrowing their losses.

Indeed, they have been narrowing their losses. 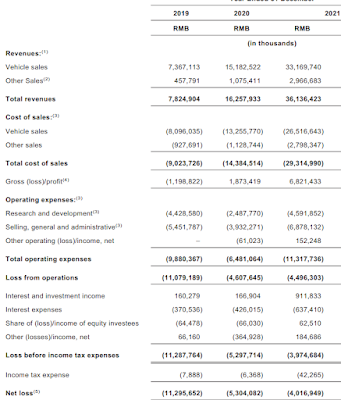 Anyway, now that I have become a Nio shareholder, am I less boring of an investor?

I don’t recognize me anymore.

However, I see a positive divergence with the MACD.

This could indicate that selling pressure is weakening.

If the share price has not bottomed, a bottoming process has possibly started. 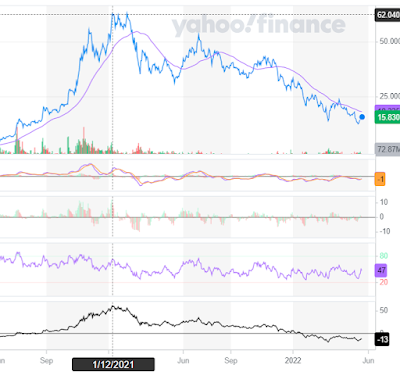 Nio could be put in the same boat as my foray into Chinese tech.

We could be seeing a bottoming process but it could be some time before we can call a bottom.

So, I remind myself to eat crusty bread with ink slowly.

Just like my investment in Chinese tech, I am limiting my exposure to Nio to 1% of my portfolio for a start.

An eventual cap at 2% or 3% of my portfolio which is what I have in mind for Bitcoin as well might be a good idea as, to be honest, Nio is still pretty speculative as an investment.

Even though Nio’s share price has declined significantly from its peak which was a ridiculous price of US$67, at a price of US$17 or now US$16 a share, we are still assuming that Nio will eventually grow its profits relatively quickly when it does become profitable.

It is only prudent not to throw in everything including the kitchen sink.

With my initial investment in Nio at only about 0.3% of my portfolio, I have just gotten a foot in the door.

Throwing money at Nio is very likely more proof that AK is mental and that his condition is getting worse.

Just when I was about to publish this blog, I found out that Nio will be included in the Hang Seng Tech Index on 13 June.

So, Nio will be rubbing shoulders with BYD, Xpeng and Li Auto, the other big Chinese EV companies in the index.

This means that I will have exposure to Nio through my position in Lion-OCBC Securities Hang Seng Tech ETF too.

This simplifies things for me.

Won’t have to deal with concentration risk when Nio is still loss making.

I have, therefore, added to my investment in the ETF again which brings it closer to 1% of my portfolio and partly because things are looking less negative chart wise to me. 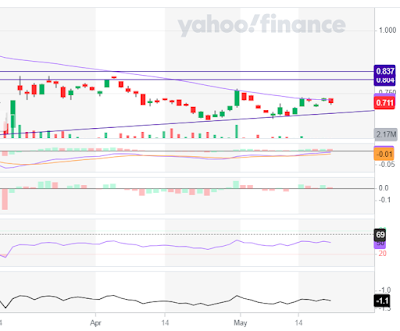 So, has this Nio blog been a total waste of time then?

Oh, well, at least it got me to do more research on EV companies.

Still, I could have spent the time gaming instead.

On the subject of gaming, updates to Genshin Impact have been slow due to the COVID-19 situation in China and Neverwinter has been slow to roll out their new module too.

This explains why I have been blogging more frequently but this is about to be fixed.

Genshin Impact is getting up to speed with new versions announced for end of May and also the middle of July.

Neverwinter is launching their new module, Dragonslayer, middle of June.

So, don’t be surprised if I disappear from real life for a while.

Good luck and have fun!

2. Investment in OCBC is larger now.

For those who are interested in Nio’s SGX filings, see: SGX Filings by NIO.